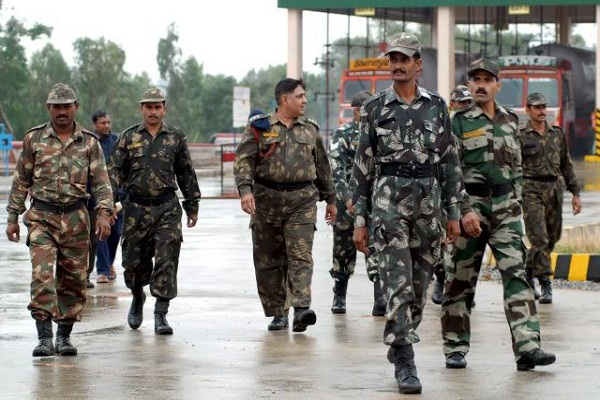 The Indian Army has a separate security force, the DSC maintained and organized just as the Army. The role of the Defence Service Corps (DSC) is to provide security cover to Defence installations of the three services and Civil Establishments of the Ministry of Defence where DSC cover is sanctioned under the specific orders of Government of India against sabotage and pilferage. To fulfil this role, Defence Service Corps (DSC) provides armed security staff, static guards. Searchers, escorts and mobile patrols by night and day. It is the sixth largest Corps of the Army.

Predominantly, ex-service men for the major chunk in the DSC, with ex-army men topping at arounf 75% contribution to the DSC. To be eligible to join the DSC, character assessed at the time of discharge from former service as well as re-assessed in terms of Para 170 (d) of Regulations for the Army-1987 should be “Very Good” or “Exemplary”.

Five Years Gap:Gap from the date of discharge from former service till the individual reports to the recruiting agencies for physical and medical test based on the call letter issued by them should be within five years. Hence the date on which the Ex-servicemen reports to recruiting agencies based on the said call letter, is the day he is considered to have reported for re-enrolment. This date will further be referred as the date of screening for Defence Service Corps (DSC)

Pay Scale Pay and allowances are as per Regular Armed Forces personnel.