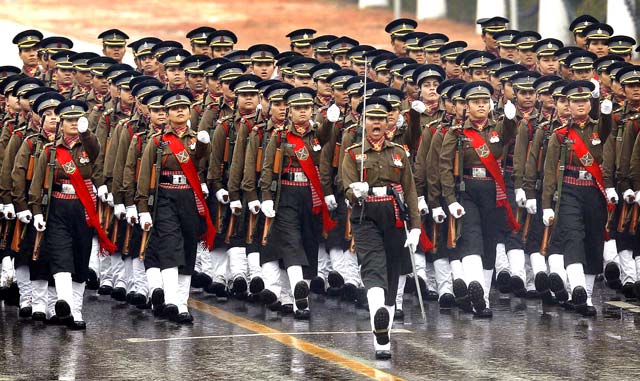 Speaking on a seminar organized by the women wing of the industry chamber, FICCI FLO, Defence Minister Manohar Parrikar brought up the idea of an all-women battalion. As the physiological barriers are broken with the induction of female fighter pilots, Parrikar suggested that women could now be considered for combat.

He said, “When I became the Defence Minister, I thought that we need to do a strategic move.” He added that women had been kept away from combat roles even though India is a country of Durga and Jhansi ki Rani.

USA and Israel are some countries that have women in combat roles, and India is looking forward to join the club by adding women to the military. The Defence Minister said, “There is a thinking that soldiers will not listen to a commanding officer who is a lady because they are not trained to do that. I don’t agree with this as the only restriction today is infrastructure.” He further suggested a special women’s battalion team, so there will not be an issue, if any, of women leading a men’s team. 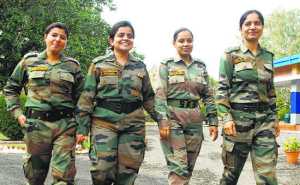 “I don’t understand why we can’t place women on ships. At this stage, I will not support a submarine operation because submarines are designed for uni-gender or one area for staff. There are no separate areas for women. But ships can be modified and new ships can be designed to have facilities for women,” Parrikar noted.

There is increasing demand to include girls in Sainik School. “This cannot be done in dis-joined manner otherwise girls will get into Sainik schools but they will not get entry, all this aspects are being looked into,” he said. However, he added that the process will take place gradually without compromising the main task of the Indian Armed Forces, and will soon be discussing the matter with three service chiefs.

According to Parrikar, infrastructure is a major restriction in the admission of women. Facilities for their training and accommodation are to be made. Nevertheless, all women battalion will face other challenges since women officers were admitted only since 1990’s. Out of 13 lakh members in the Indian Armed Forces, the proportion of women is as low as 60,000. There are only 532 women officers in Navy, 1,436 in Army and 1,331 in IAF.