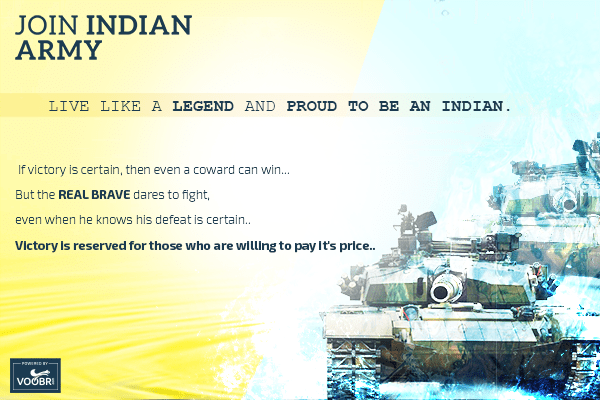 Beware of touts and middlemen!

The Indian Army Recruitment system is designed to detect and eliminate unfair means of admission. At every stage there is thorough scrutiny to ensure that only the right candidates get through. In spite of this, there are some individuals who lure candidates under the pretext of granting them admission into the Indian Army.

The physical criteria, the entrance exams, the physical fitness tests and the medical assessments are all put in place to ensure that the candidate does have it in him to prevail in the most trying conditions. Compromising on these would mean putting the individual, his team members and the mission at risk. Hence, the Army is very particular about the recruitment process.

Below are a few points the Indian Army wants every candidate willing to join them to be aware of:-