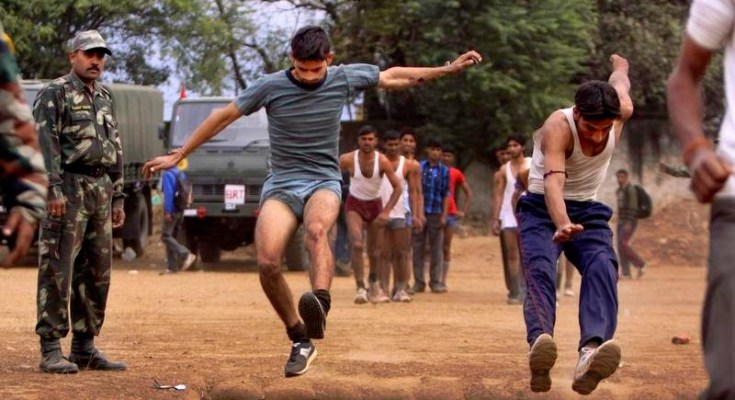 Army Recruitment Rally To Be Held This Week At Bengaluru

The Indian Army recruitment Office at Bengaluru will conduct a recruitment rally in February 2016 as it has been scheduled last year. The rally will take place from today, February 3 to 8 at the Bengaluru district stadium.

Who Can Participate In The Rally?

The rally is conducted for men only. The age limit is between 17 years and 23 years. It seeks candidates for various posts such as technical soldier, soldier on general duty, soldier clerk etc in the Indian Army.

It is a regional rally conducted for young men belonging to Bengaluru and nearby districts (Bengaluru urban, Bengaluru rural, Hassan, Kodagu, Bellary, Chitradurga, Ramanagaram, Chikkaballapur, Chamarajanagar and Kolar. The aspirants are expected to enroll their names online before the deadline – said Col. Jaideep Sharma, a senior official at the Army Recruiting Office, Bengaluru.

Deputy Commissioner Umesh H. Kusugal said that the participants would undergo three types of tests – physical, written and medical tests. Those who pass in all these tests would be selected for the training. 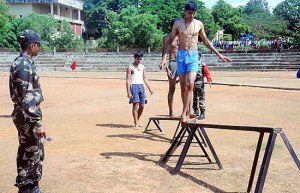 After the online application, there will be a Common Entrance Examination (CEE). This will be online based. Those who pass the CEE will get an admit card to participate in the rally.

Indian Army Recruitment Office decided to switch to the online registration procedure in tune with the Digital India initiative. The new system will take full effect from 1 April 2016. The officials hope that the online registration process would make the screening procedure more effective and reduce the burden on the administration. Furthermore, it would ensure that only enthusiastic candidates would turn up for the recruitment rally.

Until now, anyone could walk into the Army recruitment rallies and undergo the screening. As a result, thousands of eligible and ineligible candidates showed up for the screening. The Army officials had a really tough time on the administration of the entire screening process.

In online registration, the personal email ID of the candidates would be considered the basic parameter for the verification process.