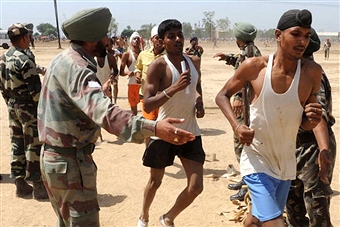 Army Recruitment Rally in Bhind Likely to be Held in January

The Army Recruitment Office in Gwalior recently sought a permit to organize a recruitment rally in any of the 13 districts in Madhya Pradesh namely Morena, Gwalior, Sheopur, Datia, Guna, Shivpuri, Ashok Nagar, Panna, Tikamgarh, Damoh, Sagar, Chhatarpur, and Bhind. Despite the districts refused to hold the annual Indian Army recruitment rally, due to law and order issues that occurred in the rally conducted in November 2014, the state government has informed the Army officials that orders have been given to conduct the recruitment rally in Bhind this time around.

The Indian Army has set October 15 as the date for the Bhind district administration to confirm the same so that the registration process can be started as planned. Col. Manish Chaturvedi, who is the Director of ARO Gwalior, expressed that he is hoping the confirmation would be finalized soon. Recently, the Colonel received a word from the senior officials of the Home Ministry that the rally can be conducted in Bhind despite the earlier refute. 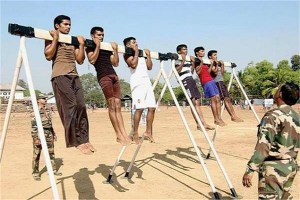 “The local police have reservation regarding the security issue in the recruitment drive. I am in contact with the collector and he has ensured me to do the needful. I am yet to get it in writing. Two months’ time will be required for the registration process and completing other formalities before carrying out the recruitment. If permission comes by October 15, the recruitment will be held in January,” Col. Chaturvedi said.

Besides, Bhind District Collector Ilayaraja T expressed the confirmation is yet to be made while adding that, “If it comes through, the recruitment drive would take place for the first time in the district. We would be needing help in the form of additional security forces for the drive. The home department has been apprised of the situation. There needs to be better system in place for the drive. A decision would be taken soon.”

The venue is yet to be finalized and facilities are yet to be arranged including accommodation for the Army officials who will conduct the rally in Bhind. Thanks to the Army’s constant push to make youth join Army, thousands of youths are looking forward to participate in the Army recruitment rally to crack the physical tests and pass other formalities. Reports say that ARO Gwalior would conduct the rally in January if things go as planned for around 500 vacancies.