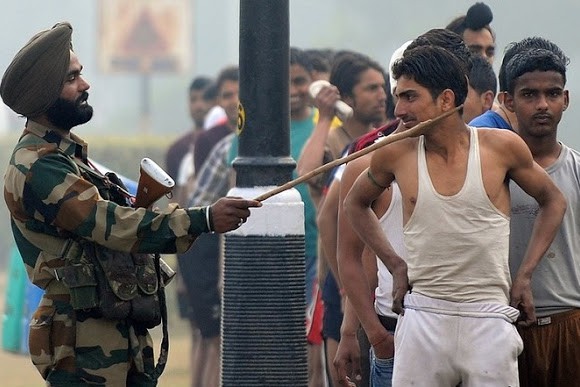 The Indian Army is planning out a recruitment drive in Punjab for men from 17½ to 23 years. Candidates will be tested for their mental and physical health along with dope test. Before the final recruitment, eligible candidates from the registered applicants will have to pass a written test. Minimum qualification for clerical posts is plus 2, and matriculation for jawans.

Director of Army recruitment, Colonel Vineet Mehta, said in a press release that candidates from five districts, including Patiala, Sangrur, Fatehgarh Sahib, Barnala, and Mansaare would be examined in Patiala cantonment area for the posts. 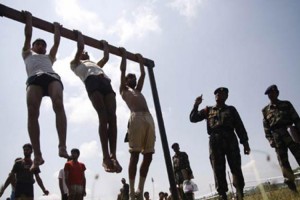 In other news, more than 23,000 youths from Tamil Nadu and Pondicherry registered online for the Indian Army recruitment rally scheduled to be held this month. Brigadier Sangram Dalvi said that this high number of people registering for the rally shows increasing interest among youth to join Army. About 600 soldiers will be recruited from the rally for the post of Soldier General, Solider Clerk, Soldier Technical and Soldier Tradesmen.

Candidates will be tested in their Physical Fitness Test (PFT) for endurance by 1.6-km-long run, for strength by pull-ups on beam, for courage by crossing ditches, and for agility by zig-zag balance. Around 350 to 400 candidates will be recruited for the post of Soldier General. They will be positioned in the Line of Control, and for rescue and relief operations in case of natural disasters like flash floods.

Brigadier Dalvi also said that the process of Army recruitment will be very transparent and applicants will not need to approach any agents. “The entire selection process is open and no one can influence the process,” he added. Brigadier Dalvi further said that the entire process of recruitment is automated following the biometric registration, and thanked the district administration for the successful arrangement of the rally.

The Drive To join Army

These days, Indian Army has become a great attraction for youths. The most obvious reason for that is the high salary, but the pride and honor a man in uniform gets also play a great part in that. Another important advantage of joining army is its good pension scheme, and the accommodation facilities of the Army men have also greatly improved.