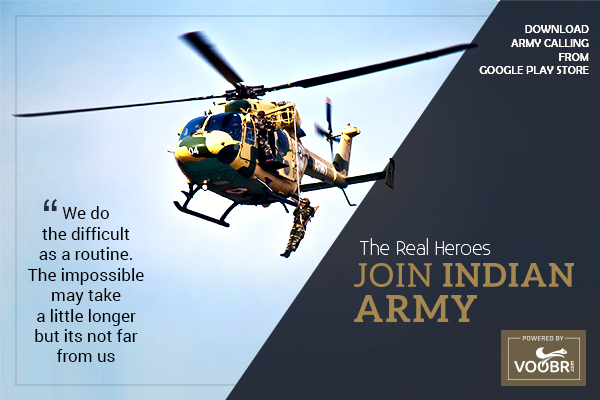 The Army Aviation Corps was instituted in 1942. From being a small unit, it grew into what it is as of today. The Indo- Pak Wars of 1965 and 1971 were platforms for this small team  of the winged warriors and aviators where made a name for themselves with their innumerable acts of valour and gallantry.

The Siachen Glacier has been the final frontier for the Army Aviation Corps. Frequently, operating at 20,000 feet and above on the extreme fringes of its flight envelope, the Cheetah helicopter has been carrying out yeoman service as the workhorse of the glacier. The Army Aviation Corps has singularly been responsible for saving hundreds of lives, besides providing life-sustaining logistic support while operating constantly at super high altitudes; a feat unparalleled by any other other Army in the world.