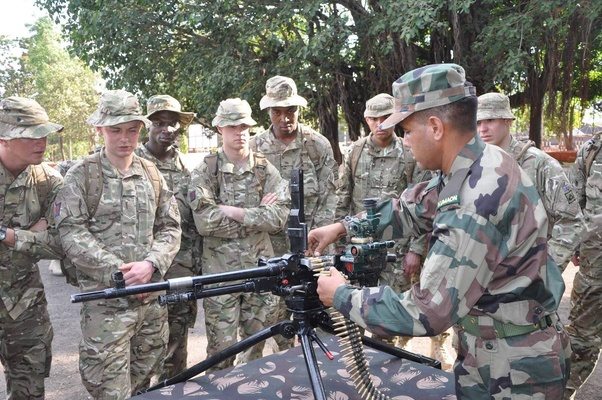 Ajeya Warrior 2017, the joint Indo-UK military exercise will begin from tomorrow at the Mahajan Field Firing range in Rajasthan. As a part of that, the Indian Army has received a contingent of over 100 UK military personnel to take part in the joint exercise at the airport in Jaipur. The personnel will be escorted to the location of the military exercise after subjecting them to immigration and other check-in clearance procedures. The Indian and UK Army will hold the training exercises that will extend from December 1 to 14.

According to defense spokesperson, Lt. Col. Manish Ojha, “The aim of the exercise is to build and promote bilateral relations and enhance interoperability while sharing experiences between the Royal British army and the Indian Army.” 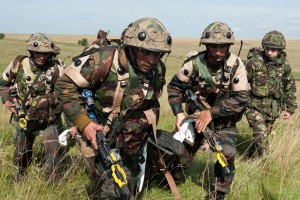 The Rajputana Rifles is known for their valor and large-scale experience in serving various counter-terrorist operations. On the other hand, the Royal Anglican Regiment of the UK is more specialized in combat operations with extensive experience serving Iraq and Afghanistan. The two army contingents have prepared well for the exercise which includes numerous training activities. This will help them deliver the best practices and learn a lot from each other.

The joint exercise is based on several modes and runs for 14 days. This will aid in integrating the two contingents of both the armies at each of the stages thus obtaining maximum results. The joint commanders and troops are also provided an opportunity to interact with each other on any matter.

With these joint exercises, the two armies can learn from each other their different methods and strategies. This will be of immense help in any future collaboration for combating internal or external elements across the country.