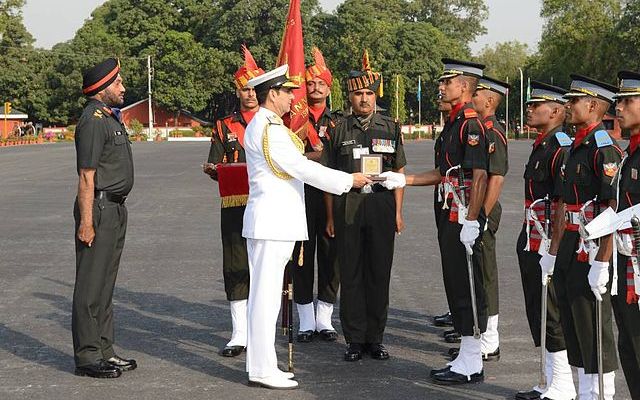 A Salute To The First Batch Of Indian Army Soldiers

The surviving members of the New Delhi chapter of the Indian Army assembled at the Manekshaw Centre in New Delhi on August 8, 2016, to honor the start of their training on the same day 70 years ago, at the Indian Military Academy (IMA), Dehradun.

Around 250 bright young men brimming with hope and confidence reported at the academy in August 8, 1946. On August 15, 1947, India got independence, and after the partition on October 14, 1947, 45 Pakistani cadets left the academy. Only 189 Indian gentlemen cadets completed their course from the academy on December 21, 1947.

The cadets were commissioned as Second Lieutenants. They had an amazing passing out parade under the Tricolor of independent India. The parade was a memorable one as the salute at the passing out parade was taken by the first Defence minister of free India, Sardar Baldev Singh. These young men led the units and regiments of the Indian Army through several insurgencies and wars. 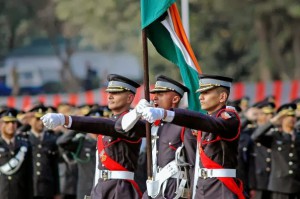 Now these regiments had to be changed, as the Muslim soldiers were to go to Pakistan after the partition, and the comrades who fought together as one team, had to say goodbyes. However, officers of the Army had a choice. Muslim officers in India could stay in India and the non-Muslim officers in Pakistan can stay there.

Similarly, assets of the Army also had to be divided between India and Pakistan into two-thirds and one-third. Since it was a herculean task, it was decided that India would pay a lump sum amount of 75 crore to Pakistan.

Legendary Gorkha troops serving in the British Indian Army was also split with four regiments absorbed by the British, and the six regiments by the Indian Army. Britain-Nepal-India Tripartite Agreement was formed in 1947 coming to terms on fate of the Gorkha troops; the agreement stated that the troops will have the status of regular troops and they won’t be considered as mercenaries.

The first batch of new officers laid the foundation for the Indian Army. They are the ones who bought high standards and new trends to the Army.