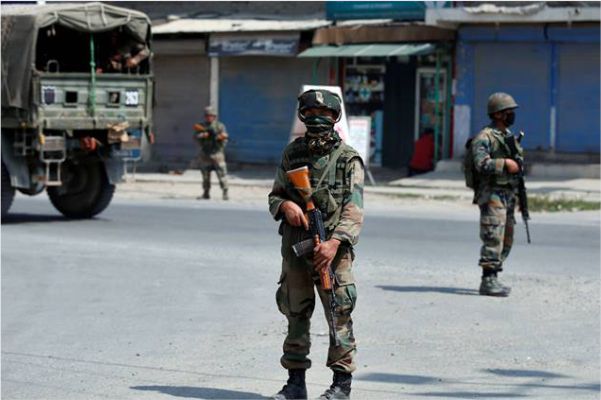 A total of 815 Kashmiri youth attended the common entrance examination conducted by the Indian Army in the Kashmir Valley by defying the shutdown call of the separatists. The Valley has been severely hit by fresh protests over the last few days after the killing of Hizbul militant Sabzar Bhat.

Curfew-like restrictions were imposed in several parts of the Valley in order to maintain law and order after the violence, which was sparked by the killing of Bhatt. However, an official from the Indian Army stated that despite the call for the shutdown, 799 Kashmiri youth candidates appeared for the entrance examination for the selection of junior commissioned officers and a few other ranks. The examinations were held at Srinagar and Pattan.

The Army official said, “It is a clear rejection of regressive bandh calls for choosing a brighter future.” He also added that a total of 815 candidates enrolled for the Army recruitment, out of which, 16 candidates who had successfully cleared the medical and physical tests organized by the Indian Army did not show up at the entrance exam center. 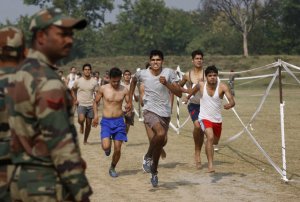 The Indian Armed Forces had inflicted severe damage on the militants a few days ago and it resulted in violent activities across several parts of Kashmir. Indian Army killed eight of the militants, including Bhat, the successor of Hizbul Mujahideen commander Burhan Wani. Violence erupted last Saturday at over 50 places in the Kashmir Valley including Tral and Srinagar.

Reports indicate that the major reason why Kashmiri youth candidates are seriously trying to join Army is due to the frequent unrest incidence in the Valley, which has been seriously hampering their day-to-day lives, business, and education. Most of these youngsters are now inspired by the Indian Army men who are deployed around the state for protecting the country and its people from anti-national radicals.

Getting a job in the Indian Army is a dream for many Kashmiri youth candidates and it has also become a matter of pride to them. Indian Army has been conducting a number of recruitment rallies and programs to give an opportunity for the interested and eligible candidates to join Army. It seems that more and more youth candidates are trying to make the most of these opportunities by arriving in large numbers to these Army recruitment programs.