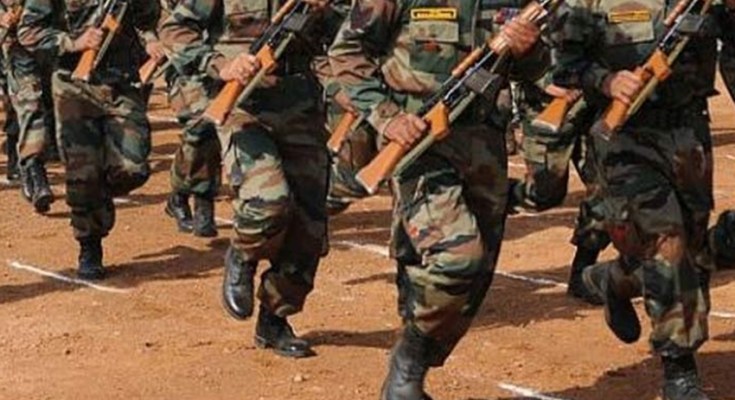 13 Districts In Madhya Pradesh Say No To Indian Army Recruitment

It is reported that thirteen districts in the state of Madhya Pradesh have turned away the Indian Army from conducting their recruitment drives for fear of law and order problems. Army officials said that if the issues are not resolved fast, they will shift the Madhya Pradesh vacancies to other eligible states.

The issues for the Indian Army came weeks after the protest of Air Force over the bad arrangements that were made at the recruitment rally that was held in Bhopal. IAF was really upset and said that they would move the recruitments to Chhattisgarh.

The Army was denied permission, as the local administrations feared that the grouping of many youths from across the state would jeopardize law and order of the state. This led to the Indian Army warning the state government to surrender the Madhya Pradesh state quota to some other state. 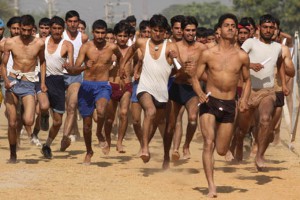 The district collectors were given strict orders to make the necessary arrangements for the Army recruitment drive. As per the official letter that was sent from the Home Ministry department to the Inspector Generals of Sehore, Gwalior, Guna, and Chattarpur zones. This letter directs all five zones that cover the thirteen districts to offer help in conducting the recruitment drives.

As per sources, the Army Recruitment Office of Gwalior asked for permission to conduct the recruitment rally in any of the thirteen districts, namely Morena, Gwalior, Bhind, Sheopur, Datia, Guna, Shivpuri, Ashok Nagar, Panna, Tikamgarh, Damoh, Sagar, and Chhatarpur. However, none of the administrations agreed.

Permission was denied by the Gwalior administration later because they feared a rerun of the law and order issue that happened in the Army recruitment rally that was conducted in November 2014, in which 30,000 youths participated.

Col. Manish Chaturvedi, who is the Director of ARO Gwalior, was camping in Gwalior to see if it is possible to hold the recruitment rally. He said that he received assurance from the senior officials of the Home Ministry that the rally can be conducted in Bhind.

“Officials ensured they would pass the orders in this regard in a day or two. The administration has to make the necessary arrangements — including ground, tent, water and vehicles,” said the officer. “After the assurance from the secretariat, I have spoken to Bhind collector. I hope things will be finalized in a few days or else the option of surrendering the vacancy may be considered. The recruitment will be carried out in December or latest by January.”